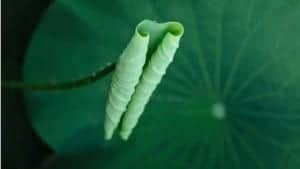 As a young woman, I suffered panic attacks. Sometimes, for seemingly no reason, I would begin hyperventilating, unable to catch my breath as the pressure in my chest and heart intensified.

In other moments, I would become so frightened I would run from the situation. If I was at home, I would find myself buried at the back of a dark closet panting as if I had just run a long distance, shrieking at the top of my lungs, huge, fat tears sliding down my face.

These moments came suddenly, and I would be overtaken before I could make a conscious choice. The attacks frightened me and concerned those around me.

What began as infrequent events when I was in high school, disappeared for a while, reappeared after I married in my late 20’s.

By then, I knew enough to know that something was not right. I also knew medication was not the remedy for me. And I hesitated to share with anyone for fear of being carted off.

At work one day, I overheard a woman talking about a doctor she had just seen who was both a naturopath and homeopath. Even though at the time I didn’t know much about either of these types of doctors, something in her description called to me and I knew that this was someone who could help.

I had to wait 2 months for an appointment. The day came, I took off work, was so nervous I immediately began sobbing as I sat down on her office chair. There was such kindness and understanding in her, that everything I had been holding back came tumbling out. An overwhelming flow of heartache and fear. Over the next couple of months, through her attention and the prescribed homeopathic remedies, my panic attacks lessened and as I began to understand the cause (traumatic childhood events) eventually the uncontrolled moments disappeared.

In one of my visits, our talk centered on present moment awareness. This amazing healer made a suggestion which hugely impacted my life then and still.

“Cheryl,” she began.” when you are feeling fear, uncertainty, worry … stop. Then ask yourself: what is my truth today? Give yourself some time and space to hear the answer come from within. Then you will know your next step and the knowing won’t come from fear, it will come from the truth in your heart.”

She was right. Asking this question not only helped me focus on what was important for ME in the moment, asking helped me release my reliance on fear in my life.  Not easy at first, but with perseverance and some serious emotional and spiritual work on my part, this approach became an important daily ritual.

A year later, when I first began to open the Akashi Records, I began asking this question every time I entered this sacred space. This powerful ritual of asking about my truth transformed not only my experience of the Akashic Records but also helped me to see and understand the best of me and what I can become.

Seeking personal truth especially within the sacred space of the Akashi Records is both transformative (structure) and transmutative (essence). And has become the focal point of the legacy I pass on to all my students and clients.

Step softly into the space of beauty of you and ask,

What is my truth today?