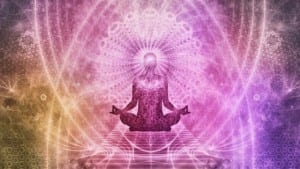 According to the Oxford English Dictionary, the earliest mention in the English language of Akasha, or Akashic, appears in Essays on the Religion and Philosophy of the Hindus, an 1837 book by Henry Thomas Colebrook.

Colebrook, an Englishman, went to India in the early 1800s and worked as a judge within the British colonial legal system.  He became fascinated with India, its religions, culture, and people.  He learned Sanskrit and was one of the first Europeans to translate Hindu manuscripts into English.

Returning to England in the mid-1830’s, Colebrook helped to found the British Royal Asiatic Society, a leading, though at times parochial, force in bringing all things Asia into British society.

In his book Essays,  Colebrook discusses the various darsanas or schools of Hindu philosophy and describes each schools’ views of the Akasha as the “ethereal fluid occupying space.”(Essays, 153)

One hundred years later, in 1938, Franz Werfel, in Hearken Unto the Voice, tells us that “in some incomprehensible way, akāsha contains in each of its particles, simultaneously and pervading the whole of space, all the phenomena and happenings of the cosmos” like a “complete photographic montage … of the universal mind projecting its memories into the present.” (Hearken, 16)

From this perspective, in addition to being an all-pervasive, elementary substance of creation, Akasha now provides memory and acts as a universal recording medium.

At the same time, the introduction of the term “akashic records” is not so clearly delineated.

In the Oxford English Dictionary, as shown already, examples of usage move from description of Akasha understood as elementary particle to relying on descriptions of the “akashic records” to describe the Akasha without any further definition of the Records.

Akasha, as a Sanskrit word, has a variety of meanings across several eastern religions.

The question becomes, how does Akasha become associated with records?

The answer interweaves a complex understanding and usage of both western and eastern religious beliefs and philosophies.

The main contributor to establishing this connection was Helena Petrovna Blavatsky, the illustrious founder of the Theosophical Society.  Blavatsky introduced many in the west to Eastern perceptions and beliefs by associating what were for Europeans and Americans entirely new Eastern concepts with more common spiritual and esoteric beliefs found in the west.

In this process of translating East to West, many eastern concepts took on perspectives in the west not necessarily explicitly held in the East.

The understanding of the Akashic Records is an excellent case of additions and shifts in translation.

Thus, the term Akashic Records may be relatively new, however the Akashic Records convey an idea from both East and West probably older than written history itself, namely the belief that God knows and remembers us.

In short, the Akasha was associated with the western ideas of ether and space, becoming in the western mind the location of the Book of Life.

As the Akashic Records emerged as an idea through Blavatsky, her students, and other esoteric teachers such as Edgar Cayce, the Eastern definitions of the Akasha were left behind, leaving only a shadow of an impression which created the erroneous assumption that as a Sanskrit word, the Akashic Records must be of Hindu origin.

The Akashic Records are not solely of Hindu origin.

Instead, the Akashic Records transcend the limits of any one religion and instead draw upon the universal presence of divine awareness and memory across all religion.

To understand the Akashic Records in this historical context, there are many ideas to incorporate:

Check out Cheryl’s book, The New Akashic Records, for an in-depth exploration of this history.