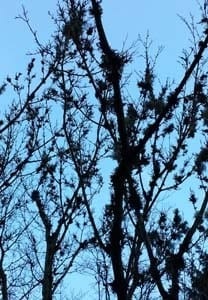 Have you ever had a profound moment of clarity squeeze through in just one heart beat? The kind of instant awareness in which something gnawing at you breaks free and springs into your consciousness without warning? You catch your breath realizing, “Oh! My goodness! Of course!” Clarity emerges. In that one heartbeat, you feel yourself shift and, in that shift, your whole life steps forward into a new light. Depending on the circumstances, the light brings either a sense of relief or judgment on the lack of prior awareness. The reason I am asking is that I just recently had such an experience: throbbing insight in one heartbeat.

Last fall, I ventured into the world of online dating and have had quite a ride! Some great guys, several painful moments, amazing learning, and lots of giggles with my girlfriends re-hashing some truly silly experiences. (Hint: if you are a guy and you tell a girl you are taking her to a nice restaurant for a first date, know that an old t-shirt as attire is truly not the way to a woman’s heart!)

Anyway, several weeks ago I was corresponding with Hopeful #371 (probably not the true number but I’ve lost count). Let’s call him Story Boy. We had exchanged several messages back and forth. I was liking the exchange and could feel it moving towards the “Let’s Meet” discussion. Then Story Boy sends a new message and, several sentences in, confesses that he is older than his profile claims, though never telling me his real age. His explanation: in his experience women often fudge their age, he felt he needed to hedge as well. He did note quickly that he was sure that I hadn’t misstated my age, but then declared that I shouldn’t have a problem with his being less than honest with me!

Now, as it happened, I had opened the email while talking to a good friend on the phone and read her the message. A pause and she said, “That’s awful! Cheryl, you’re not OK with that, are you?” Another pause as I stopped to consider, “Am I okay with this guy not being truthful with me about his age?” As my friend carried on with all the ways this was wrong, I realized that my first reaction would be to allow him a pass, to say, “Oh! Mmmm…yea, OK, I get it.” Whoops! Then I thought to myself that if I did let this pass, what would be next? If I let this pass, what other mistruths, misrepresentations or outright lies were there or might develop? Was this a onetime bump or indicative a long term pattern of behavior?

In one short heart beat and with a sudden, sick feeling in my gut, I extrapolated this single email message to the 24 years of my marriage. With heart-breaking clarity, I suddenly saw how a simple white lie can creep into significant, on-going betrayal. The tiny, little, nasty habit which keeps on giving, year after year. Damn! That hurts! Talk about your life flashing before your eyes. I saw that saying yes in this moment to Story Boy was very possibly the beginning of the slippery slide, the acquiescence to a life lived outside of honesty, integrity, fidelity and trust. No! I cannot let this pass, Story Boy! I wrote him back, firmly telling him NO. The dating site’s canned “No Thanks!” message came back in response. End of Story Boy.

Who knows? Maybe Story Boy fudged his age out of self defense for his own prior pain. Online dating is definitely not without risk nor for the thin-skinned. However, for me I realized in that one heartbeat I would not be honest if I tolerated this initial misrepresentation, whatever the reason. White lies creep. The lie asks you to let slide this slightly less-than-honest story, making way for the next fudging of the truth.

In my own experience I will say that being completely, 100% honest all the time is challenging. Pain is often inherent in truth and there is the urge to resist expressing or causing pain directly. Instead, we fudge, lighten the language, hedge the response in an attempt to temper the truth. The attribution of “white” attempts to clean up the mistruth by connecting to the perceived positive attributes of this color. A white lie is better than a black lie — or at least that is the prejudice shown in the association. A white lie attempts to lessen the impact on either the liar or the potential lie-receiver.

Lying is both messy and fuzzy as well as clear and detectable. Lies obscure truth, damage and end relationships, and reveal the worst character flaws. Lies negate trust, ruin reputations, and defend a continuation of misrepresentation. Lies come from embellishing, concealing and fabricating. However, lies cannot stand in the face of integrity and are uncovered by simply revealing the truth. If nothing else, I know I do not want to begin any relationship, especially a romantic one, with anything less than truth.

In the beginning of relationship, when you are feeling tender and wanting the exchange to succeed, the creepiness pulls at self-doubt and trades on self-confidence. “Come on!” it cajoles. “You get what you want by accepting me. It’s so easy! What does it really matter?”

If you are not paying attention and accept, the lie creeps in, setting the stage for more falsehoods, fibs and fabrications. Now your truth has lost its priority, becoming second-class to the creeping white lie. The pattern and the process is established and, like all nasty habits gaining strength in repetition, the lie becomes part of your life and the foundation of the relationship. Your truth is diminished, making it harder to find the source of the friction now buried within the avalanche of creeping white lies.

Both the proposition and the acceptance of the creeping white lie is motivated by inner pain and the outer desire to avoid truth, to keep the relationship peaceful and unchallenged. This two-way street also comes from worries about self-worth and self-acceptance. When a creeping white lie trades on fear, it intimates that you (and the liar) are not worthy of fidelity. The liar is motivated to obscure truth and your yes makes you a willing accessory. The lie is banking on you not wanting to endure discomfort or the silly feelings which often appear in rejecting the lie. The lie figures you will want to avoid the pain of feeling less than, of feeling unworthy. The lie wants you to accept that creeping white lies are no big deal.

With 20/20 hindsight, I know that when the creeping white lie was presented to me 25 years ago in the guise of personal failing on his part, I was at that time in no position to see the lie for what it was. Now I recognize its slick feel and its haughty demeanor born of cowardice and arrogance, of unworthiness and guilt. I also recognize its foot prints in the betrayal that in the beginning of the relationship was yet to come.

Two weeks ago, in a heartbeat, my life shifted and I saw anew. I have nothing but gratitude for Story Boy.? Without knowing it, he helped me see!! From here on out, I will not creep and I will not accept creeping. I am better than that. And so is whoever is lucky enough to win me to his side.

Creeping White Lies is an article from the category of my blog which focuses on this question: What is Sacred Relationship?

Cheryl Marlene, Akashic Mystic, is unafraid of the tough, the raw, and the real aspects of doing deep work. She is the world’s authority on the Akashic Records and consults in the Akashic Records with clients around the world through readings, research, and Akashic Future for futuristic business leaders. Student learn to access the Akashic Records through ZENITH, her comprehensive four-level learning program, and her signature classic, Akashic Records Masterclass. In the field of consciousness, she is known as a futurist, innovator, and master teacher who delivers life-changing lessons with warmth and humor. Her powerful exploration is cutting edge -- providing you with deep insight today to ignite your vision for tomorrow.

Q&A with the Founders of the Akashic Records

What is an Akashic Mystic?