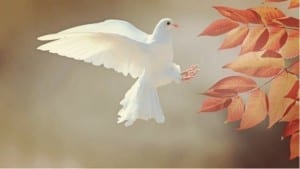 Human experience over the last 5000 to 6000 years has been governed by the concept of fear.

Fear is either used as a way to dominate.

Or fear is the outcome of the domination.

The experience of being dominated creates fear within because it’s usually life-threatening in one way or another.

And you react in fear.

You react to the fear and you do things in order not to be fearful.

Yet the awareness of that domination is there.

The awareness doesn’t go away and intensifies and the fear increases.

It’s not to say that it’s not a reasonable reaction or reasonable choice in the face of dominance.  It is reasonable to want to defend yourself or defend your family and friends.

However, fear ends up becoming a habit.

A habit that lets dominance be the way things happen.

One of the worst parts about fear is that it pushes you in the direction of believing that your truth does not lie within you.

For the most part, your experience of domination is outside.

A force outside of you is attempting to dominate you.

And the force of this outside dominance tries to convince you that it alone knows truth.

Dominance wants to convince you to believe that you can’t get to your own truth.

Dominance says: ‘Truth is outside of you, you can’t know truth for or from yourself.”

Cut off from your own source of truth, dominance and fear triumph.

However, this is a lie perpetuated so that dominance, power over and fear are the pervasive motions in the world.

When you are able to stand in the motion of truth within, that is what helps you to step out of the fear.

When you stand in your own truth, then that is what you contribute to the world: a choice away from fear and dominance.

You are choosing not to follow mass consciousness and you stand in choice to not react to the fear around you.

Any place where there is huge motion, like war and armed conflict, where domination and fear is what is moving everything, the individual choice is always about how to act or react within the motion of fear.

Even though you may be afraid, if you can find the place to not stand in fear yourself or stand in less fear, you choice begins the shift away from fear as the predominate motion.

Your choice away from fear makes fear less likely to happen.

Don’t step into blame because you are fearful.

In blame, your motion is toward the initial domination.

Living in this way affirms that you are motivated by your heart and not by outside attempts at domination.

When something you don’t want happens in your life, you always have a choice about how you engage.

You may not be able to change what happened, but you always have a choice about your next step.

Remember this is not about getting rid of fear.

This about your choice of action in the face of fear.

Choice is consciously knowing you do not have to submit to fear.

And your choice changes the world.