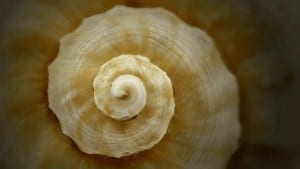 How do we think of space?

There is outer space, the location and its contents outside of this earth’s atmosphere or past our known solar system.

There is inner space or that psycho-emotional-spiritual awareness that we feel within us.

There is “I want my space” in the feeling that we need a place to be ourselves or find out who we are without interruption by others.

There is “my space” as in the feeling of what is mine or for me that I control and only allow in who I choose.

There is the feeling of “lost in space” both as a literal feeling of not knowing where you are as well as a figurative expression for feeling disconnected or unsure of where you might find connection or retrieve what has been lost.

Prison is deprivation of space as punishment for wrongdoing.

Empty space means that there is nothing in a particular space as in the space between two skyscrapers.

There is the space in my heart to love you and perhaps is no space there for my enemy.

There is the space inside the box and the vase seemingly available for occupation.

There is also space on the outside as in the space around the tree.

There seems to be no space on the 5pm Tokyo subway.

There are miles of space to see from the top of the mountain.

Is there space beyond the horizon or is that my imagination?

Space can also be about time as in the space after you left.

Cyberspace is the network of computers creating interaction between people around the world but existing only as bits and bytes on a series of computers.

What exists beyond the stars – space, empty space, no-space?

Is space simply container and thus space exists only to hold, to delimit, to set boundary?

Or is space an awareness of existence beyond what I can see like a doorway to other dimensions of space, of objects, of me?

Is space the “final frontier” or is space just the next beginning?

Perhaps space is awareness of the continuity of me over time — while holding the energetic potential of me — which is constantly forming and informing as the spiritual and physical being that the world identifies as me.

There is the large space of the uncountable number of galaxies and the small space of the atom, electron, quantum, quark and photon.

Space is where the large and small join in the yet unexplainable dance.

There is the space of the unknown and the unknowable.

And maybe one day, given enough space, I will know.

If you get there first, and there is space, please, let me know!