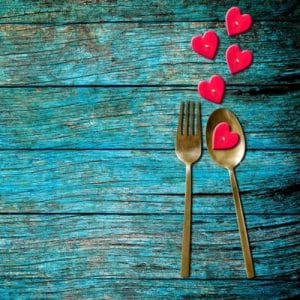 “Where do the Akashic Records come from?” Naomi asks.

“Mmmm….” I search within, wanting to start in a place which is neither too simplistic nor overwhelming.

“First, let me say that the Akashic Records are not associated with a specific religion. There is no definitive documentation of beginnings. But I have pieced together the modern history which begins in the 1800s of the United States and Europe.”

During the 1800s and 1900s, Europe and the United States were introduced to Asian philosophy and religion.  Many people began to learn about Hinduism and Buddhism due in large part to the transmission of ideas which began through the British colonization of India in the late 1700s and early 1800s.  Many new concepts and words were introduced, and translators struggled to find English word equivalents for these new philosophical and spiritual terms.

At the same time, there was a growing interest in spiritual matters outside the direct influence of traditional religions both in the United States and Europe.  Wide in scope, these interests included many esoteric areas such as paranormal activities and abilities, western magic, Hermeticism, alchemy, and Kaballah, to name a few.  This interest opened many to new possibilities for spiritual experience and understanding outside of mainstream religion and spiritual practices.

In the mid-1850s, along with the newly introduced ideas of Hinduism and Buddhism from India and other parts of Asia, a novel word moved into the English language: Akasha.  From the Sanskrit, an ancient holy language used in both Hinduism and Buddhism, the word Akasha literally means to shine or radiate like the sun or stars of the sky.  Defined differently within Hinduism and Buddhism, Akasha is generally seen as both source and container of all spiritual and physical form.  The question: how to translate Akasha into English?

At the time, a very popular topic of both scientific research and religious discussion was the nature of Ether.  As the scientific and spiritual explanation for all physical movement, including electricity, Ether was believed to be the container of all physical and spiritual form.  Viewed as similar in capacity and contents, in translation, Ether was the primary chosen equivalent for Akasha. And, the spiritual characteristics of the Ether fused with the Akasha.

“Wow! That’s interesting! What does the Akasha have to do with the Akashic Records?” Naomi asks, looking at me expectantly.

“The word Akashic is based on a borrowed word and, in English, means ‘of or pertaining to the Akasha.’”

The phrase Akashic Records came into the English language a little after the Sanskrit word Akasha, sometime in the mid to late 1800s.  At the same time, to establish a concept for understanding, an equivalent to the Akashic Records was found with the Book of Life.

Naomi smiles and says, “Oh! The Book of Life is something I remember from the Bible.”

Like the Tablets of Destiny, the Book of Life incorporates the idea that the divine knows and remembers humanity, recording lifetime deeds in a book.  This aspect of divine memory is held within most world religions.  Additionally, the Book of Life expressed the following thoughts about the relationship between divine source and humanity.

God knows and remembers us.

God has a plan for each of us.

Evidence of God’s remembrance and of God’s plan is found in the Book of Life.

Deeds in this life are recorded in the Book of Life.

The Book of Life is used at death on Judgment Day to determine the value of life and destination in the afterlife: heaven or hell.

The Book of Life is stored in a heavenly library.

The recording in the Book of Life is written by God or by a divinely designated recorder or scribe.

“You say this like you don’t think of the Akashic Records as a book. Why’s that?” Naomi queries.

“You mean that the book idea holds us back from seeing the Akashic Records outside of the past, present, and future?”

“Yes! That’s it exactly!” I pause, feeling into what is next.

Naomi stops and looks off into the sky, deep in thought. Turning back toward me, she put her thoughts into words.

“I can see that thinking of the Akashic Records as a book and a library makes understanding easier. But if one lets go of these metaphors, where and how can the Records be understood?”

Knowing Naomi is doing some deep processing, I make a suggestion.

“By understanding why the use of a book, to begin with.”

A myth, born from early history, strives to explain the unexplainable.  To connect the Akashic Records with a library is exactly this effort:  to explain the unknown and the unknowable through an easily grasped concept — that of a book in a library.

“That makes a lot of sense. By associating with an easily understood concept, like a book, you can get a toehold into a concept that might be beyond understanding.”

“Exactly,” I reply and continue.

Here’s the trouble with this library/book idea:  As a book or library, awareness of the Akashic Records is limited to linear time, the time reference we use on Earth.

I watch her face light up. Naomi jumps in.

“So, you’re saying that these outdated ideas or the myths of the Akashic Records are generated from these linear requirements. Right?”

“Yes, that’s exactly what I have in mind. Instead of old myth, a new frame of reference is needed.  A shift in gears brings forward the possibility of new understandings.”

Excited about Naomi’s understanding, I offer, “Let’s begin with a common idea which shifts when the Akashic Records are thought about beyond linear time. For example, many people believe that the Akashic Records only contain past life information. This is directly linked to the limitation of book and library.”

As experience in accessing the Akashic Records increased in the beginning of the 20th Century, many came to believe that the only information available was past life information.  The Akashic Records, associated initially with the Book of Life, were believed to provide only a look back rather than a plan forward.

Further, as technology progressed, the more modern extension of linear time held that past events and history could be viewed like a movie within the Akashic Records.  Thus, the notion of “recording” is extended to say that, by those who are capable, the past can be retrieved or viewed as images either in still shots or as an active motion like watching a movie.

The controlling thoughts were two-fold.  If the Akashic Records are governed by a linear time of past, present, and future, then unless life is pre-determined only past life information is available.  Additionally, because the information is (literally) written in a book, then the only information available is of the past and should be retrievable easily by a specified date.

Naomi sits back in her chair, looking a bit overwhelmed. In a quiet voice comes her next question.

“Then, how do we let go of the linear perception?”

I smile, because I’ve experienced the same challenge.

“It’s hard to think outside of the linear because our culture is entrenched in a linear time reference, and this makes it difficult to conceive how anything might work nonlinearly. The road forward is to let go of linear thoughts related to the Akashic Records and find new understanding by exploring the nonlinear aspects of energy.

Naomi looks at me with a big question on her face. “Hold on! You lost me there! This is really interesting, but I don’t want to lose myself – I want to understand! What do you mean by the ‘nonlinear aspects of energy’?”

I shake my head in understanding and take a deep breath to bring myself into focus.

“Let’s step back a bit. To understand the Akashic Records outside of the book metaphor, there is but one starting point: energy. Everything is energy. Does that make sense to you?”

Naomi pauses, contemplating. “Yes, I would agree. Everything I can think of is at some fundamental level, energy.”

“The Akashic Records, as energy, exist and stream from the infinite and eternal beyond any sense of linear time.”

“Oh? What type of energy is eternal?”

“In a sense all energy is at some point eternal, beyond the known of everyday existence. Eternal energy can be thought of as pure consciousness, 100% potential, the boundlessness of the unmanifested, divine source – all terms attempting to define origins which are unknowable and unproveable at this point. Within the infinite and eternal, linear time notions do not apply.”

“Then energetically, how do the Akashic Records deal with time if they are beyond past, present, and future?”

“In a nonlinear perspective, past, present, and future occur all at once: now, in this moment. This means that the infinite and eternal nature of you originates in and from your soul. Just like the Akashic Records, your soul’s origin is infinite and eternal. Thus, any response from the Akashic Records comes now, in this moment from your soul’s point of view.”

Naomi looks away again, thinking. She takes a deep breath and turns to me questioning.

“I can make the shift to infinite and eternal, though I know I’m going to have to let it sink in some more. Tell me more about now, in this moment.”

I stop, take a breath, and watch Naomi consider these ideas.

I pause, giving us both time for that to sink in.

I continue, “Though it can be difficult to pinpoint time exactly, because the origin is not linear. The origin is within the infinite and eternal. By understanding this, you can understand the full capacity of the Akashic Records beyond linear limitations.”

“Ok! I get it! You’re saying that how somethings work, like the Akashic Records, is beyond our every day. If we can get that understanding, then we can come to a new, probably deeper, understanding. Right?”

The light of Naomi’s smile intensifies.

“Wow! This is exciting! When we first began, I had no idea that this is the foundation of the Akashic Records. Lots of fun stuff to think about!”

Naomi smiles at me directly then turns her head to look out the window at the forest beyond for a moment. Then she turns back to me.

“Is there more?” she inquires.

I shake my head in agreement and look out the window on the forest thinking about the many paths of the Akashic Records.

Our Conversation Continues is part of the curated Library series Akashic Records: Innovative Perspectives and is also an excerpt from Introduction to the Akashic Records.