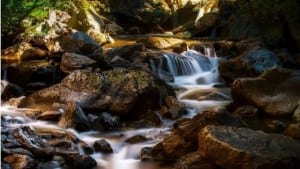 Many religions today started from a small but growing group of people listening to a person they revered as prophet, someone who was recognized as uttering superordinary words.

The word of the prophet, written down by others and compiled into books, are today sacred religious manuscripts.

In the Judaic and Christian traditions, the Greek word prophetes was used in the translation of the Hebrew word nabi.

The Greek word could mean either a spokesperson of a god or divinity, or the deliverer or interpreter of an oracle.

The Hebrew word had a similar meaning as a person inspired to speak the word of God or a messenger of God.

In contrast, the Latin word, vates, associated with the Greek prophetes meant a poet or bard who is divinely inspired, was passed over by the early Christian church because of the word’s pagan associations for a Latin version of the Greek, propheta, which passed into various Romance languages and then into English as prophet.

Through this history, the word prophet has retained its meaning as a person divinely inspired to speak the word of God and from the Greek association with oracle, prophet also retains the characteristic of someone who speaks truthfully of the future, often able to predict outcome.

Many prophets were proclaimed during the last millennium before the Common Era, their words recorded for posterity and included in the divine and sacred books compiled during that time.

Since the beginning of the Common Era, the number of acknowledged prophets has dwindled to the merest trickle.

It is not clear exactly why, but as the spoken word lost its ability to rise to the highest levels of regard, the authority of the written word waxed magnificently.

The action of the prophet is to speak the words of God not through his or her own personal volition but through the inspiration of the divine.

The prophet is much like the hero where the journey is attempted without regard for the outcome.

To speak from inspiration seems to necessarily require that somewhere, somehow personal knowing and judgment is suspended to allow the divine to come forward within you.

Though ancient prophets are often described as wanderers without a permanent home, there appears to be enough regard for the process of divine inspiration that significant numbers of people listened and responded to the words of the prophets.

With our modern minds it is difficult to know exactly the process involved either by the prophet or those who listened.  Yet it must have involved listening to the prophetic words and assessing truth by its ring or resonance.

Think of Gandhi and Martin Luther King, Jr. for the sound of the modern prophet.

Even removed from this present moment, their words still sound forth with power to hold light in the dark, to call forth recognition and awareness, to form truth in our body-mind-spirit.

We trust their inspiration, bestowing legitimacy and acknowledging divine source in their prophetic words.