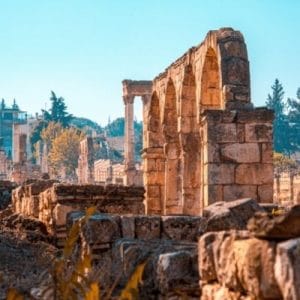 Religion’s Spiritual Core addresses these questions. If spirituality is the understanding of soul and God, what is religion and culture?  Do religions have a core which is spiritual?

This is the history of the world, of humanity, right?

There is a difference between spirituality and religion. Religion is an institution created by people and has a dogma and some ideas used to control.

Whereas spirituality usually is not an institution.

It’s about human beings finding their own path and understanding who they are spiritually.

The way in which our societies or cultures are set up, religion comes out of that organization.

Whereas spirituality is just something that comes naturally out of the person.

As to the issue that religion at the core is spirituality, begin with the difference between the essence and the structure.

Every religion has an essence to it that is true and powerful and comes out of a true understanding of what it means to be spiritual.

In every religion there is an essence of truth.

There is an essence of love.

There is an essence of the truth of the soul.

There is the essence of what the transcendence is.

God, Shiva, whatever you want to call the divine.

Within religion, structure ends up around all of that essence.

You have to be so old, or have such and such experience in order to understand or participate.

That’s all creating structure around essence. Religion is the structure, where the essence is what spirituality is.

Reading the Quran, the Vedas, the Bible, the Torah – all of these amazing manuscripts have essence, all of it is speaking truth.

Regrettably, structure gets built up around the essence which wants to limit and exclude.

And very easily bigotry and racism and hatred can come from the structure.

Jesus Christ, Buddha, Mohammad – they didn’t create the structure nor make the exclusions.  The exclusions are man-made.

Mostly the man-made limitations within the structure come because of power.

Someone wants to have power over someone else.  The structure then becomes more about power and very little about essence.

For a deep dive, begin with What is Spiritual Practice?