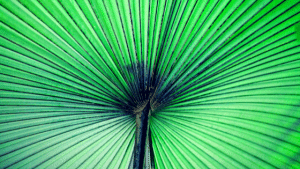 A month ago, I gave up my garage. I have had a garage since I moved out 6 years ago. Over this period, I have whittled away at the stuff, letting go, slimming down. Three months ago, I changed garages and got rid of over half of the junk that had piled and, strangely, not magically disappeared. Taking on this new garage, which I arranged in such a way that I could park my car within, one day I heard a voice of one of you suggesting that letting go of the garage would be a good thing. And in that moment, I saw the wisdom and agreed.

Today at 2pm, I received a call from the manager of my complex saying that I should have been out of the garage two days ago — whereas I thought I had through the end of the month. Mmm . . . note to self: always get written confirmation of the 30-day notice. I put my pen down, told the manager I would go now and move everything, freeing the garage for the folks who thought they’d take possession today.

In three hours, I moved everything myself including the large cedar chest my Mom insisted I take to college out of the garage and up the stairs. I am happy to report that today was not 95+ degree weather and that the upper arm workout I’ve been thinking on manifested itself today. Already a friend has seen the boxes piled up and around my apartment and assured me that since they are easily within my sight, it shouldn’t take too long to get everything organized or designated Goodwill.

After dinner I attacked my first pile and struck heart strings in the first box. When I was first dating my now ex, I spent 12 months living in Japan. Every week he wrote me, and I had kept those letters in a box thinking that maybe someday a daughter of mine would find reading them entertaining. Crap, I thought, What do I do with this? Given the circumstances would my daughter even care to see these? But more importantly, do I really still want to share them with her? With no quick response from my inner me, I decided to decide later. Instead I went to enjoy the hot tub, let go of some of the day’s dirt, and relax a bit.

Alone in the hot tub, I was singing to myself and thinking on the day, and on the writing I’ve been doing. Then I thought of something a good friend said to me a month or so ago. This person observed that my apartment was a liminal space for me — an observation which really struck a chord in me and touched my heart. Partly because of its truth and also because the word liminal has been an important concept for me in the last couple of years. Coming from the Latin for threshold, liminal is that awareness of being at the threshold, at the boundary between one existence and another. Applied to my apartment, this is the space for me in between one part of my life and the next.

Then it occurred to me what the answer was for the letter box: let go because it is not liminal. It is not about where I am going. It should not go with me across the threshold. And then, of course, I realized that was the solution for all those boxes now filling up my space. If it is not liminal, it goes. Talk about soul illumination — whooo!!

When I returned from my soak, I found the box and immediately shredded the contents. Then I found the big box of divorce papers, and began shredding the un-liminal there. But my poor shredder was not up to the task of that mountain, so I went through everything, kept the official stuff and re-filled the box of the stuff I will take to FEDEX tomorrow for the power shredder. And I have also visited the dumpsters, discarding the shredded, and moving the to-be-shredded out of my liminal space.

WOW!! Stripped of that anchor I feel great!! Mostly because I know now how to take care of all of this other stuff. I know it won’t be easy and it will take some time, but I got a guide.

But now I know how to discern the bits.

If it is liminal, find a place for it. If it is not liminal, let go!