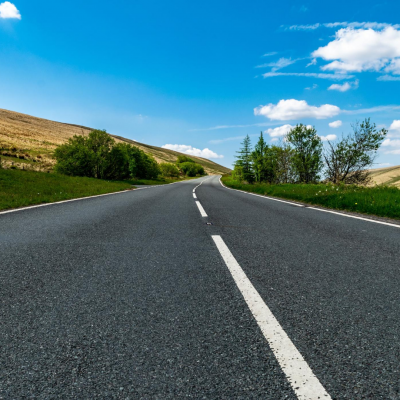 Two months ago, I had a three-hour conversation with my daughter which significantly changed both of our lives.

We decided to move. Not down the block. Or across town.

Nope. Our choice was halfway across the country. From Oregon to Oklahoma.

We agreed to work toward being in a new location by the end of July – roughly two months.

Three weeks later we spent a week in Tulsa finding the perfect condos right next to each other at the perfect price. We made offers which were accepted. New homes created.

A month later, we set out on a cross country caravan, all of our belongings stored in a POD also making the same trip.

Thirty-one hours of driving across three days for over 2000 miles. We arrived July 27, two months, two days after the epic convo.

I have lived in Oregon for 20 years. I love the beauty of Oregon’s land and the proximity to the ocean. I thrive within my connection with nature.

Why would I – how could I leave this beauty?

In that three-hour conversation, I realized that I had been pushing to make my life work in a place that was not of my choosing.

I didn’t move to Oregon because I wanted to. I moved because that’s where my now-ex got a job. There was no choice, simply the awareness of necessity to move away from joblessness toward economic opportunity.

In the 20 years, I have made every attempt to make it work.

Until the discussion with my daughter, I wasn’t aware of how I felt pushed, driven, a blind insistence to make life work in a place not of my choosing.

I also realized that simply by letting go of the push, the drive, the blindness, I felt an incredible sense of relief.

Part of the relief came in realizing that I would be able to cut my living expenses by 30% to 50% in Oklahoma. In the midst of a pandemic this is huge!

Tulsa is where I grew up and where my father still resides. Last week he celebrated his 90th birthday – and I was there with him and my daughter and my stepmom.

Plus, there was joy! I’d move just about anywhere if it meant I could live in the same city as my daughter and my father.

Plus, I feel a strong sense of alignment and resonance coupled with an awareness of, perhaps, a greater intention.

In my relief and in the ease of moving, I thought maybe I would begin to understand this broader scheme.

However, just as the relief has been a life changer, I have leaned into self-trust at every turn and every opportunity.

Whatever the comprehensive picture might be, I have yet to see it in full – but I’m not worried.

I don’t need it spelled out to know that I have walked the best path for me – that my choice to make this huge change in the midst of unsettled times is in alignment with me.

Perhaps that is the greater reason – an exercise within the depth and breadth of self-trust and self-choice.

So far, so good. I am not completely unpacked but everything is coming together.

As I traveled the interstate between Oregon and Oklahoma, the land reached out offering blessed connection.

There’s beauty everywhere for me – and for you – to connect with nature!

Additionally, kinda goes without saying, but Tulsa is not the place I left presumably forever in my early 20s.

Plus, my vision now of Oklahoma is much different than what it was when I grew up here.

Perhaps that’s the point: the release of relief and opportunity to embrace afresh within new and, hopefully, clearer vision.

Within those 31 hours of driving, I had the chance to create my next steps.

For example, I saw, again, the divisive nature of fear and how all angles of the political sphere use fear to train us to believe that whoever thinks differently from you is your enemy and should be feared and rejected.

I will pose the same question to you that I made to myself:

How am I am trapped in fear within my life?

Take a moment to really think on this – what release within you helps you see afresh?

Know this: the personal solution for fear is courage.

Being courageous is doing something even though you feel fearful.

Being courageous is living life to its fullest despite internal or external fear.

Being courageous is just one small step today beyond the control of fear.

Being courageous is trusting yourself to make a choice even when the greater reason is beyond your current understanding.

For me, August is Be Courageous Month. I am continuing a trend I began two months ago, and twenty years ago, and when I set out from home on my own for the first time, as a seventeen year old going off to university.

Be courageous! Find one small thing you can do to break the wall of fear which seeks to trap you and divide you from the inherent love with all who call Earth home.

One step, today! Be Courageous! There is relief in this release and this choice.

Two months ago, I stepped firmly into courage and followed the truth of my heart simply because I felt it was for me to do and because of the release of relief offered me a new road despite knowing exactly why.

For more articles about my life experience, here’s the place to begin.

Cheryl Marlene, the world’s authority on the Akashic Records, is a mystic who is unafraid of the tough, the raw, and the real aspects of doing deep work. She conducts Akashic Record Readings and teaches students to access the Akashic Records through her signature Akashic Records Masterclass. In the field of consciousness, she is known as a futurist, innovator, and master teacher who delivers life-changing lessons with warmth and humor. Her exploration takes her to the cutting edge: bringing the future to you today, to help prepare you for what you will need tomorrow.