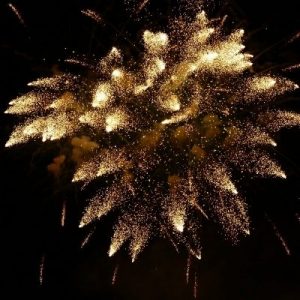 I can be one of those folks who, with awesome intention, makes New Year resolutions which fall by the wayside by January 20th or so. Then I spend some time beating up on myself for failure and a lack of self-discipline. I want this new year to be different.

With this desire in mind, a couple of weeks ago, towards the end of 2012, I spent some time thinking on the whole concept of resolutions as a way to shift bad habits and claim new ones. There are all kinds of reasons that resolutions fail. From dumping on too many to expecting change just because you say “I resolve,” it is easy to set yourself up for failure and disappointment. Thinking about this kind of failure is depressing. Thus, I decided to take a different approach by looking at what was helpful for me in 2012.

This lead me to the epiphanette that helpful wasn’t so much what I did in 2012, but more what I didn’t do. Back at the beginning of 2012, I started with this sage advice: Expect the unexpected. As I look at all the year’s unexpected events and experiences (and there have been some real doozies), I see a corollary to this concept of the unexpected: Let go of your expectations, let go of whatever holds you back.

Framed this way, I realized my “resolution” for 2013 was more of a non-resolution. Gently, I decided that my focus for 2013 is simply to let go — of whatever holds me back, whatever I no longer need, whatever isn’t working. In three words: I let go.

Of course, this is a form of resolution. But it feels different. It is less of a command or a directive and more an encouragement and opening to flow with the motion of my life. Instead of remembering moment to moment the promised resolutions, I say, “I let go.” By focusing on releasing the expired expectation (or fear or blame or judgment), I am creating an invitation to myself to explore my path of least resistance with ease and grace. Directives and commands don’t respond easily or gracefully to the shifts over time of me and who I am becoming. I let go. The simplicity helps me feel like I can meet January 20th without the usual trepidation.

Fearlessly, I claim 2013 as the year of the non-resolution. I let go of forcing resolutions upon myself. Instead I will go with trust. I will trust myself to know when and what I let go instead of trying to anticipate before the need arises. However life may come, I let go. Releasing the pressure valve, I let go. Giving myself a break, I let go. Reducing negative self-talk, I let go. Enjoying this year, I let go. Trusting my becoming to lead, I let go. Wow! That feels good! I let go!

This article is part of the articles I have written on the personal aspects of growth through spiritual practice. To read more like this, check out What is Spiritual Practice?