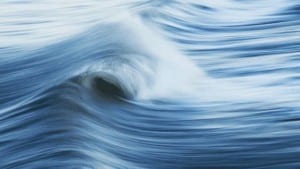 From the One Source, energy is motion in awareness.

One Source is that which has awareness of ALL.

Awareness, consciousness, knowing these are all synonyms pointing to One Source’s omniscience.

An all-knowing which is transcendent, a capacity seeming beyond us.

The current agreements for being human on Earth are currently shifting.

As a result, your personal awareness of the continuum of energy is expanding and you are becoming more conscious of what was the seemingly inaccessible.

As energy moves along the universal continuum from potential to form, energy shifts expression.

From a physical point of view, this shift appears to be beyond – yet all energy has done is change energetic dimension and sometimes direction.

Understanding Differentiation and the ONE – Many – one

Motion is also about differentiation.

As the perspective of the energetic continuum shifts and expand, you begin to differentiate motion contained within your awareness.

Differentiation is what the Soul learns at the Soul Point as its individual awareness/energy emerges.

Identifying I AM and I AM NOT is the first act of differentiating by the Soul.

At one point of the continuum we are all of ONE.

Flow (again motion) brings us into the awareness of the continuum and its infinite possibilities.

Energy manifests — is made known — through awareness of motion.

Awareness is knowing is awareness.

Intention is the awareness of direction.

We are not all-knowing but have direct clear connection to the energetic flow of all-knowing just as you have connection with all knowing through the Akashic Records.

Belief allows you to walk with a different point of view and a different intention for differentiation.

Instead of duality like failure, or success, you shift to potential-form, possibility yielding highest expression.

Turn from the form and focus on the expression of possibility.

Belief coupled with courage allows you this shift.

See the world around you as one of differentiation rather than competition of losers and winners.

A world of differentiation sees value in all so that nothing need be resisted.

Differentiation acknowledges separate expressions of the One Source.

Within this fear is seen as an expression and not the Reality because is an experience of the one.

Fear within ONE is beyond the comprehension of the one.

Reality emerges and is always, ONE Source.

Energy is expression of differentiation of motion across the continuum of ONE-many-one.